Spring 2022: What You Need To Know About Alberta Energy

Alberta's energy sector is under strain and the high energy bills this year have affected everyone. There are a lot of factors in play and it's not clear what will happen next but here are 5 things you need to know about Alberta energy in Spring 2022. 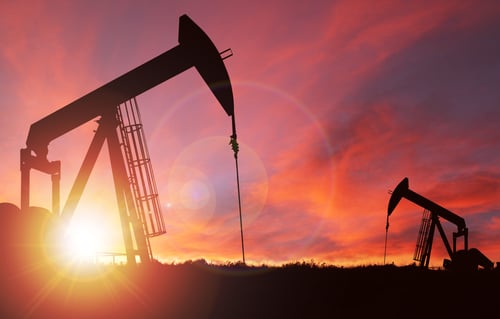 How to Claim the Energy Rebates? - Answer: You don’t need to do anything

An electricity rebate was announced by the Alberta Government earlier this month for bills incurred this winter. According to Premier Kenney, the rebate would be retroactive in order to counter rapidly rising energy costs for any consumers who use less than 250,000 kWh/year. Albertans can expect to receive a $50 rebate for 3 months, totaling $150. No date was announced as to when the funds can expect to be received by households, however, the rebate will occur automatically and no application by households is required.

A natural gas rebate was announced by the Alberta Government in February but will not come into effect until next winter, between October 2022 and March 2023, if the price of natural gas goes above $6.50/GJ, as charged by the regulated rate companies. For context, the average regulated gas rate this winter (October 2021 through March 2022) has been $4.64/GJ. The rebate will apply to any consumer who uses less than 2,500 GJ/year. There is no immediate relief for natural gas bills incurred this winter. Further details will be released by the government at a later date, however, no application by households will be required. The government is also on the record as saying that if natural gas prices spiked before next winter, that it would look into bringing in price protection measures sooner.

What To Expect With Natural Gas and Electricity Prices Going Forward?

The age old question: where are we headed from here? The reality is, we just don’t know. As recent history has shown us, the future is unpredictable: the pandemic, supply-chain issues, the war in Ukraine. On top of this, the world is more interconnected than it has ever been which makes predicting what will happen with energy prices that much more difficult. This being said, we can look to a couple of reliable sources for where they saw energy rates headed in late 2021: The Alberta Electric System Operator (AESO), on September 23, 2021, predicted that 2022 would see an average Alberta Pool Price of 7.4 cents/kWh (a 27% decrease from 2021’s average of 10.2 cents/kWh). Meanwhile, at the end of 2021, GLJ Petroleum Consultants predicted the 2022 AECO natural gas price would average $3.59/GJ (a 4% increase from 2021’s average of $3.44/GJ). As we sit here in March, the 2022 yearly average electricity rate could well end up being 7.5 cents/kWh, however, the forward curve for natural gas pricing is suggesting we’ll come in somewhere closer to $4.68/GJ for the year.

Maxar’s final 30-Day outlook for March 2022 has this month coming in at -1.0 to -1.9℃ cooler than normal, while April 2022 is predicted to be -3.0 to -4.9℃ cooler than normal. Correspondingly, it’s probably safe to assume that these cooler-than-seasonal temperatures in the weeks ahead will mean slightly higher electricity and natural gas bills than what you’d typically see. Our advice is to plan ahead.

We enter 2022 with only 3 remaining coal power plants in operation in Alberta - Genesee 1, 2, and 3 at Warburg. These 3 facilities are set to transition to natural gas generation by the end of 2023. This is pretty remarkable considering just a few short years ago coal-fired electricity generation was the province’s predominant source. Today, the dominant fuel stock is natural gas, but for how long remains to be seen. Renewables (eg. wind/solar) are on the rise and in order to meet our emissions targets, we’ll likely also see nuclear and geothermal gaining market share over time.

The energy landscape is changing and, therefore, Alberta’s legislation needs to change in order to keep pace. On November 17, 2021, the Alberta government introduced Bill 86, The Electricity Statutes Amendment Act. If passed, this omnibus bill proposes legislative changes to the Alberta Utilities Commission Act (AUC Act), the Electric Utilities Act, and the Hydro and Electric Energy Act in order to modernize Alberta’s electricity system in response to new technologies, including the integration of energy storage. 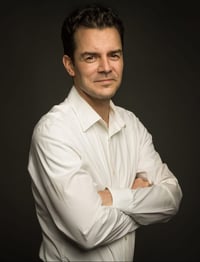 Chad Mielke, a former civil engineer, founded Peace Power in 2012 after noticing market inefficiencies in the service and price for residential and commercial energy. Chad is actively involved in the Alberta business community, including being a proud member of the Grande Prairie and Edmonton Chambers of Commerce, and T.E.C. Canada. He has a passion for the people of Alberta and loves giving back to the communities that have given him so much support over the years.